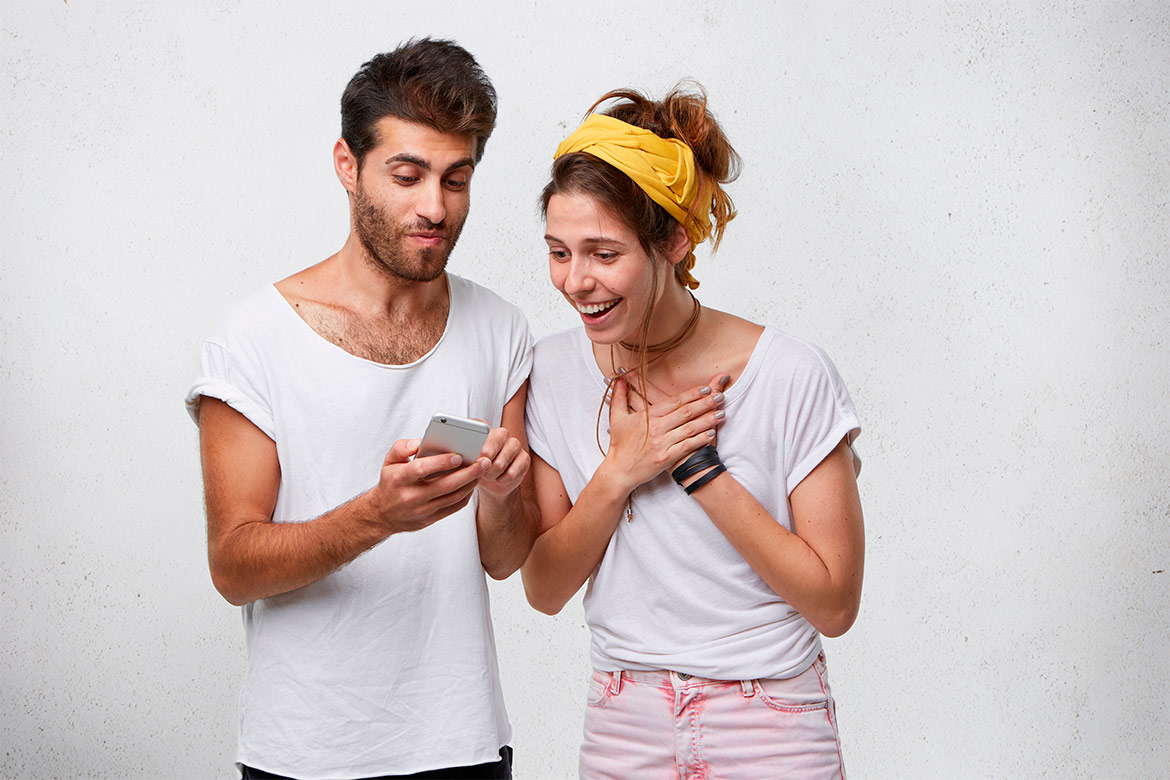 We’ll learn about the Royal Enfield marketing strategy, its target market, the 4Ps of the marketing mix, and the marketing methods it employs to keep its presence felt in this case study.

Royal Enfield is a British-owned Indian motorcycle manufacturer. It is a publicly-traded corporation that deals in two-wheelers and are linked to the automotive sector. This brand’s vehicles are known for their rough aesthetics, unrivalled stability, and overwhelming power. The brand has long been a favourite of law enforcement and military personnel. The Royal Enfield motorcycle company was started in 1909 and merged with Madras Motors in 1955. It is currently a subsidiary of Eicher Motors Limited, its Indian parent business. The Royal Enfield logo, which features a cannon and the words “Made like a gun,” is also notable. This logo represents the Enfield Company’s history. Royal Enfield vehicles are known for their rugged appearance unrivalled durability and huge power.

Royal Enfield is a British-owned Indian motorcycle manufacturer. It is a publicly-traded corporation that deals in two-wheelers and are linked to the automotive sector. This brand’s vehicles are known for their rough aesthetics, unrivalled stability, and overwhelming power. The brand has long been a favourite of law enforcement and military personnel. The Royal Enfield motorcycle company was started in 1909 and merged with Madras Motors in 1955. It is currently a subsidiary of Eicher Motors Limited, its Indian parent business. The Royal Enfield logo, which features a cannon and the words “Made like a gun,” is also notable. This logo represents the Enfield Company’s history. Royal Enfield vehicles are known for their rugged appearance unrivalled durability and huge power.

To obtain a better grasp of the company’s product, price, advertising, and distribution strategies, let’s start with the Royal Enfield Marketing Strategy & Mix:

Marketing Mix of Royal Enfield analyses its 4Ps (Product, Price, Place, Promotion) and explains the Royal Enfield marketing strategy. Several marketing techniques have aided the brand’s growth, including product/service innovation, marketing investment, customer experience, and so on. Because the goods are motivated not just by innovations but also by a deep understanding of users, Royal Enfield is transitioning from a production to a consumer-oriented approach. Royal Enfield likes to alter its bikes to keep up with current trends and add new features without losing its original identity.

As a company that works in the automobile industry, Royal Enfield is linked with the manufacturing and marketing of motorbikes. It started its operations as a manufacturer of motorcycles for the Indian Army. Lawnmowers, stationary engines, bicycles, and firearms are among its other products.

The following are some of its well-known models:

Royal Enfield is known for its aesthetic and unique creations. As it is one of the oldest in the field of two-wheelers, it is one of the most trusted and highly recommended brands in its field. It belongs to the luxurious product and has become a status symbol in the economy. Royal Enfield has targeted middle-aged groups and commercials like army and travel agencies as they believe in quality overpricing at any given time. It has adopted a premium pricing policy for its high-quality products. The company offers a powerful and modified product without leaving the basic structure which upholds the legacy of the brand. Therefore, its target customers do not hesitate in making a purchase irrespective of high prices. 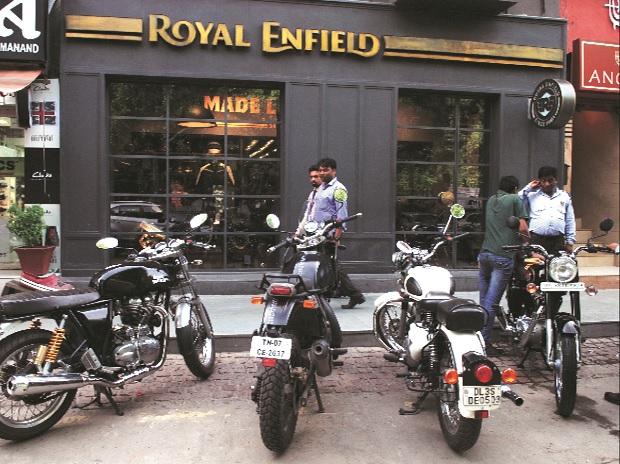 Royal Enfield is an Indian company with its headquarters based in Chennai in Tamil Nadu. It has spread its presence to India as well as several international markets in more than fifty countries like Spain, Switzerland, Singapore, Netherlands, Russia, Malaysia, Korea, Canada, Brazil, France, Germany, Italy, United Kingdom, Japan, Argentina, Australia, and the United States. The company began by importing 350cc motorcycle kits from the United Kingdom and assembling them in its Chennai plant. By the year 2013, a new manufacturing plant had been built in Oragadam, Chennai, and the factory in Tiruvottiyur had become a second production unit, continuing to produce a variety of models and engines.

In the year 2015, the company established a dealership and its headquarters for the North American division at Milwaukee in Wisconsin. In August of 2015, it launched its retail operations in Indonesia. Royal Enfield has a comprehensive distribution network that comprises a variety of dealers and stockists, allowing it to readily reach consumer markets. It has 394 dealership stores in India, with locations in every state and three union territories. 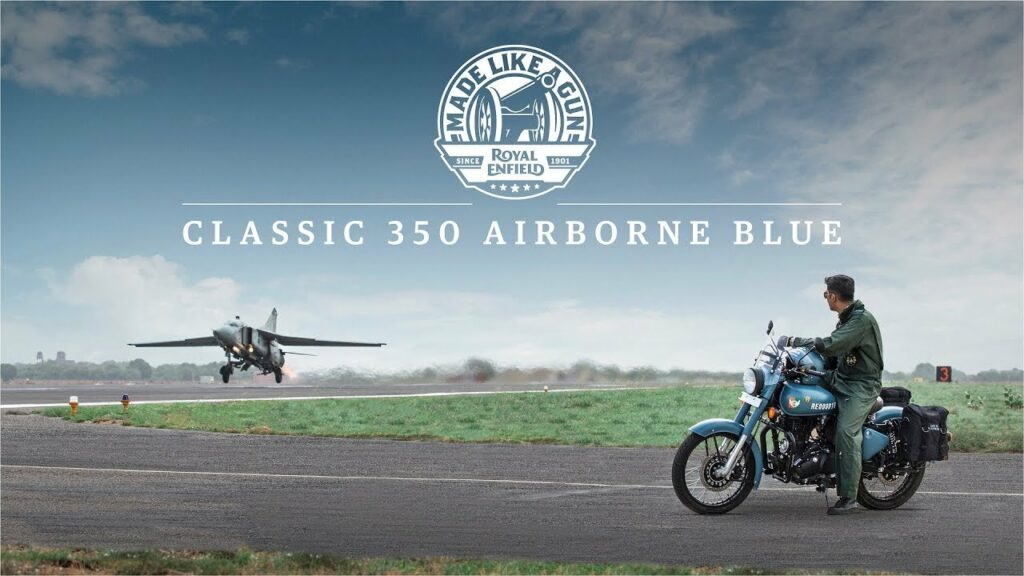 Royal Enfield holds the distinction of being the first two-wheeler manufacturer to receive a WVTA certificate for satisfying European Community rules and criteria. It has invented many promotional policies to sell its products successfully in the consumer market. The company has launched innovative ad campaigns with the help of electronic and print media. Its advertisements can be seen on television, in magazines, newspapers, and billboards. Royal Enfield has also been up to date with the social networking sites by launching brand awareness campaigns at social media portals like Facebook, Twitter, Instagram, and  Yoube. It also promotes its brand by taking a part in several tv shows and also builds its goodwill by serving society in many ways. It revealed its custom bikes in Biarritz, France at the Wheels and Waves custom bike show. Several honours and awards have been bestowed upon Royal Enfield in celebration of its achievements. It won’t Business Standard Best Company of the Year 2015 and has even been hailed by previous President Barack Obama as one of the best bikes he had come across.

Royal Enfield, a motorcycle manufacturer, has implemented digital activities to engage customers during the COVID-19 lockdown. Offline activations for client contact and experiences have long been a staple of the two-wheeler industry. Brands are forced to go to the virtual realm because physical engagements are not viable.

According to the firm, the vast range of initiatives has resulted in putting a diverse yet inclusive Royal Enfield community, ranging from enthusiastic riders and hopefuls to custom builders and motorcycling groups, under one banner and bonding over their common passion—Pure Motorcycling.

Over the last few months, Royal Enfield has run several digital campaigns. The Trip Story campaign is one of several planned social engagement activities to keep riders interested during these unique times. The ad is predicated on the observation that digital engagement and content consumption are at an all-time high during the lockdown.

Royal Enfield has always prioritized a comprehensive marketing strategy. Royal Enfield has opted to focus more on the needs of the consumer rather than engineering to boost the number of bikes sold. They launch what customers desired to make their items more visible to a bigger audience. Because its primary customers are middle-aged men who like digital technology, Royal Enfield focuses more on digital marketing, such as establishing numerous online campaigns on social media sites such as Facebook, Twitter, and Instagram. It also takes part in various shows or deals with different TV series to improve product visibility. 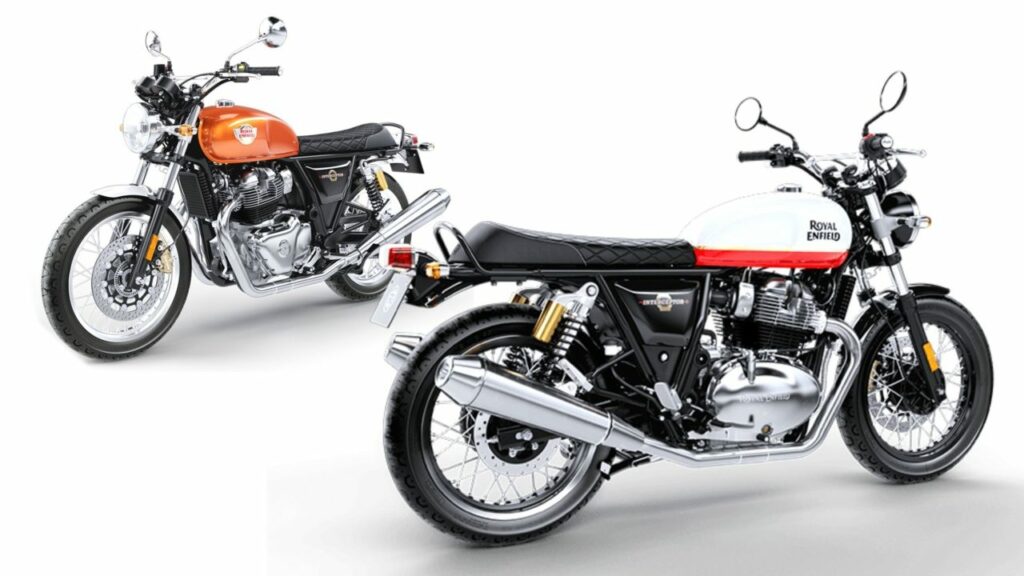 SWOT (strengths, weaknesses, opportunities, and threats) analysis is a strategy for identifying and assessing internal and external strengths and weaknesses, as well as opportunities and threats, that influence current and future operations and aid in the development of strategic goals.

Buzz Rank is a Noida(Delhi NCR) based innovative online marketing agency offering a myriad of integrated web marketing services to business across the world. We pride ourselves in providing cutting edge solutions to our clients.